Yesterday was a very special day for Mary-Catherine (12). She was not gifted with dancer feet (hey! I gave my kids my brain, which is a far greater gift, genetically speaking (in my never-to-be-humble-opinion)), and she has spent the last more-than year and a half working toward earning her pointe shoes. On Friday, Miss Courtnie (her dance teacher) finally told her that her ankles were strong enough and that she was ready. This was the happy result: 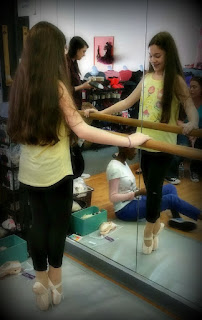 The reason I titled this post "Joy and Sadness" is because Therese (15), while she was super happy for Mary-Catherine, and while she will remain her biggest source of encouragement (does, "Straighten those knees!" count as support?) had a little bit of a hard time yesterday. It was the first pointe shoe fitting that wasn't for her...and there will never be another pointe shoe fitting for her again. Because she has a connective tissue disorder, she can't dance en pointe anymore. In her own words, she doesn't feel safe. Essentially, her tendons and ligaments are like shredded bubblegum; they can't take the stress that pointe puts on them. She was beautiful when she danced, though, and she had talent. I guess the funny thing is that we had been trying to decide if pre-professional dance (necessitating a change of schools) was in her future, and we had been praying about it. God answered our prayers pretty deafeningly when her health took such a turn for the worse. Her body just can't handle such intensive dance.

None of which is to take anything away from Mary-Catherine who suffers endlessly from comparison to Therese. Therese got pointe shoes when she was only 10! Therese has such beautiful long dancer's lines! Therese made it to Regionals her first year of debate when she was only 12! Therese this and Therese that - she's a hard act to follow. I even blog more about Therese than about anyone (there are reasons for that - briefly, we were very blessed to get to review a product called Living My Purpose, which will post to The Old Schoolhouse blog at some point. When it does, I'll post it here. Through a series of online tests/profiles, it was confirmed that Therese is essentially my doppelganger). But Mary-Catherine is an outstanding individual. She has such compassion for Therese's struggles. She has never met a stranger. She has endured outright bullying in her own dance classes, but still wishes only the best for the very girls who treat her badly. She has the kind of personality that would have baffled me when I was 12 (heck, it still baffles me - I'm in awe of it), but that I admire so much. God has blessed me. Not once in her long odyssey toward pointe shoes did she complain. In fact, if we suggested that she could miss class (because she was sick or because the weather was bad), she would insist on going because she wanted to show her teacher how serious she was about getting her shoes. That's maturity.

In Sunday, a woman came up to us at church and asked us what happened to those four little babies we used to bring to church each week. I wish I knew! The time goes by way, way too fast...

I was blessed with four readers. If my kids could read all day every day, they would. Mary-Catherine (12), in particular, shares my love for historical fiction, so I had no doubt to whom I would give Bessie's Pillow from Strong Learning, Inc. Bessie's Pillow is the story of a Lithuanian immigrant who came to America by herself at the age of 18 in 1907, joining 20 million others who also immigrated in that time period. For a great introduction to Bessie, you can watch the author talking about Bessie's Pillow on YouTube:
Mary-Catherine's review: This is one of my favorite books. I like this historical facts because I love history and historical fiction. I like that it's not boring. She makes the family history that was already interesting fascinating. She makes you feel that you're watching it as it happens. It's very easy to picture. My favorite part is when Bessie meets Nathan or when she starts working at Green's Hardware Store. The title refers to the pillow Bessie is given before she leaves for America. A family friend gives her the pillow to take to her son who is already in America. Bessie waits several years before returning the pillow to the son because she felt like it was part of her. I can't tell you anymore because...spoilers!

The book traces Bessie's life as immigrant in America from the age of 18 until her death in 1951 at the age of 63. Told in the first person, the book covers so many aspects of immigrant life. It reads like you are truly *there*. It's exactly the kind of book you love to get lost in, and it's so perfect for so many different kinds of readers of so many different ages. 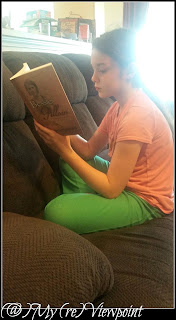 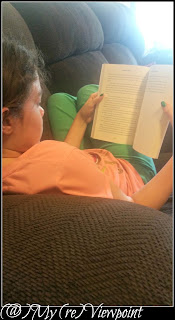 Although nothing about this book says "school" to me, there are resources that make this book more "school-y" if that is important to you. The website Bessie's America has many resources to further illuminate the world Bessie lived in. You can read more about European immigration, food, recipes, and health of the time period, check out how Bessie would have done her housework and, my favorite, listen to the same radio shows Bessie would have listened to! It's no secret that we are addicted to Old Time Radio in my house, so to see that resource included in this study guide elated me. Please do yourself a favor and listen to some of these shows! It's amazing to put yourself back in Bessie's time and to picture her going about her day with these shows playing in the background.

We loved this book. I have already been recommending it to people and have heard back that they loved it, too. I would love to read more books just like this one, and I know that Mary-Catherine would, too. I don't think you would regret this purchase for one moment. Don't take my word for it, though. Click the banner below to read all the Crew reviews!

I have a few obsessions. Collecting pens is one of them. (Blow it up to see it in all of its glory :-) )

When you see something really pretty on Instagram and then come to find out...it's your own daughter's account! Now, that's a cool feeling! (Anyone in Houston remember Psycho Robbie's cool feelings??) I had no idea that she was doing this :-) 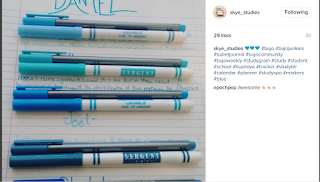 Since note taking was pretty much my favorite thing ever in college and grad school (although I loved the material far less in the latter), she makes me wish I were at a different stage in my life. Of course, you're never too old to take notes (you're just too short on time!).

I'm so excited! It's my first review of the new Crew season. I feel like for any other Crew year I would have already written so many reviews, but I am really trying to be selective this year. For one thing, I don't have any more elementary school kids, so I don't even qualify for some Crew products, which is *weird*. For another, Therese is not really up for many reviews since she is so immersed in high school (only two years to go!). Finally, I am trying to give the kids a *little* more consistency. The fact is that we have been introduced to so many amazing products through the Crew over the last seven years that we have a really full school day because we are still using so many of them! Having said all of that, I am *thrilled* to be writing reviews again so that I can tell you all about more amazing homeschool products. First up this year is a product from a company that we have reviewed and loved before: Home School Adventure Co.'s Creative Freewriting Adventure which also includes Creative Freewriting Adventure Coloring Book Edition.

Creative Freewriting Adventure (see sample here) is written by Stacy Farrell, the author of Philosophy Adventure (which I reviewed three years ago here), a curriculum used and loved by my family. Creative Freewriting Adventure can be used along with Philosophy Adventure, but it also works perfectly independent of it, which is the way we used it. The program consists of ten freewriting exercises, each of which is supposed to be timed at fifteen minutes. The exercises are truly unique among freewriting exercises because they fit so seamlessly into a classical curriculum. Each addresses one of the Pre-Socratic philosophers covered in Philosophy Adventure. The reader is given a short preface with some background on the philosopher (Thales is first, just as in Philosophy Adventure).
Then, however, things take a sharp left turn when the philosopher is put into some unlikely situation about which the student gets to write. Clocks are set for 15 minutes and creativity ensues...but not too much creativity. Students are given guidelines or prompts - told to describe the background, the dialogue, and to use their senses when writing. Specific questions help them to focus quickly so as to make the most of that 15 minute limit. Strict classical educators need feel no guilt about deviating from the curriculum - they're not! But you don't have to be a classical educator to enjoy a really diverting and different creative writing program that is such a refreshing departure from "Write about your last vacation" or "If you could be any animal in the zoo, which would it be and why?" The 15 minute time limit takes all the pressure off perfectionists since such a short time means that writing has to begin immediately!

But wait! There's more! We also received the Journey into Freewriting Coloring Book Edition! In this edition, a coloring page is included with every writing prompt. Now, these coloring pages are not of the type that you would find in your average adult coloring book - they are far more modest (but consider the freewriting topics!), but they do add an extra dimension for tactile kids!
How We Used It
I gave these assignments to Mary-Catherine (12), who has actually not used Philosophy Adventure much at all before (three years ago, she listened in a bit while Therese worked through the program, but that's the extent of it), but who loves to learn new things and who LOVES creative writing. She enjoyed the snapshot views of the philosophers, and she laughed out loud at the writing prompts. Because it was my most whimsical child doing the exercises, I *so* appreciated the guidelines that were given with these exercises! Otherwise, I can envision Mary-Catherine getting so carried away! Because she was given focus, though, she didn't, and her writing was both creative and grounded, which is so important to me as her teacher. I think that the kids can use their free time for their truly creative writing, but if we're going to use school time for such an endeavor, there needs to be a point to it. These exercises definitely have a point. In fact, I won't teach Philosophy Adventure again without using them, and I highly recommend them even if you don't ever intend to do Philosophy Adventure. Please do yourself a favor and check out the sample - you'll be so glad you did!
The Homeschool Review Crew has been using other products from Home School Adventure Co., too, so be sure to click the banner below to read all their reviews! And, once again, it's so great to be back bringing you reviews! 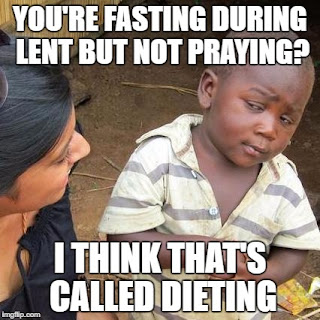