I am one of those people who listened to podcasts years ago. That's probably not surprising, given that I am a huge fan of both talk radio and old time radio. Podcasts are like the love child of that union. After awhile I guess I burned out or missed audio books or something. Recently, though, I was with my sisters and they were talking about their newest obsession, the podcast "Serial." Well, in the course of looking up "Serial," my OCD/hoarding tendencies overcame me and my phone is once more loaded up with podcasts. I think I am currently subscribed to 100. I won't bore you with all 100 (although I would not subscribe to an inferior podcast!), but this post is the first in a weekly series of what I think are the best podcasts for homeschoolers. Each week, I'll discuss five of the best podcasts out there for homeschoolers. In the penultimate week, I'll give you the list of podcasts that aren't necessarily homeschool-related/friendly, but are really great. In the final week, I'll throw in all those podcasts that are my guilty pleasures (the ones I would never let my children listen to).

Yes, it's an oldie, but it is definitely the bestie (did I just coin a phrase?!). Stuff you Missed in History Class (NB - I'm linking the RSS feeds - I know I am awesome for making it so easy for you to subscribe - you're welcome) is just simply terrific. I have a degree in history, and I learn something every single time I listen, even when the subject is one with which I have more than a passing familiarity. If you want to teach your kids without their even being aware of it, just put on this podcast in the car (be aware that some topics are not appropriate for all ages, but the hosts are fairly good about warning of suspect topics at the outset of the podcast - even better, common sense usually tells one when a topic will not be appropriate for kids, but most are just fine). They will be hooked in no time, even those kids who say they hate history. Also check out Stuff to Blow Your Mind and Stuff You Should Know, all brought to you by the awesome website How Stuff Works. 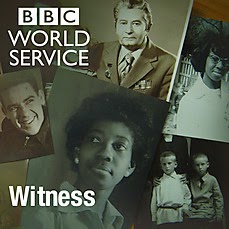 Witness is my new favorite podcast. I can't get enough of it. Each episode is 9 minutes long and covers an event in history through primary source documentation. Often it is through an interview with the person who lived through it. Sometimes it is through the compilation and reading of newspaper or journal accounts. Often it is supplemented with BBC news reports from the time. Best of all, it is a daily podcast and there are archived episodes going back to 2010 (although there are only 41 episodes in 2010). One of the neatest things about it is that it is, of course, a production of the BBC, meaning that the perspective one gets on topics is not Americentric. The best way to understand why it is so great is to give it a listen. It's just terrific. 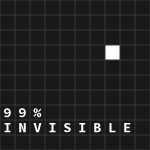 99% Invisible is a podcast that is hard to describe. It calls itself "A tiny radio show about design, architecture, and the 99% invisible activity that shapes our world." Each 15 minute episode (and there are just under 150 of them) discusses something you've probably not thought about - like the two schools of vexillology (that would be the study of flags), or the design of chairs, or those huge inflatable men used for advertising purposes. The reason I say it is indispensable listening for homeschoolers is that it will give your kids ideas about how to look at the world in unconventional ways. It will show them that there is more to *everything* than meets the eye. It will teach them to seek the story or the deeper meaning behind the everyday object. It's fascinating.


A History of the World in 100 Objects may be familiar to some people as a book, but there is a 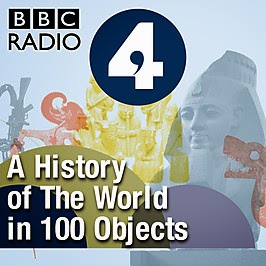 companion podcast of 15 minute episodes, each of which is about one of the 100 eponymous objects. Again, just as with the preceding podcast, these are not objects you know a lot about or ones that you would automatically think of if you were to create such a list. The concept is very cleverly executed and it is another one to play for kids who won't realize it's history at all - it just comes across as great stories. As an example, some of the objects covered are a suffragette defaced penny, a throne made of decommissioned weapons, and a Sudanese slit drum. Again, not all episodes are appropriate for all ages.

BackStory is a longer podcast, coming at one hour per episode. Its format is also a little different than the ones presented thus far. Headed up by two historians, each show looks at a specific topic (recent ones include "What Gives," a history of philanthropy and giving in America and "Tyrannophobia," a look at the history of the use and abuse of executive power. The "American History Guys" bring in other historians and experts and even engage callers as they explore the topic over the course of the hour. Again, it's amazing how much I find I don't know (and, I'll admit, it's edifying to find out how much I *do* know!).
By Laura Delgado at December 14, 2014