1. My dog, Jack, went to the vet on Friday because he has several lumps on his person (ha! Can you even say that? He has several lumps on his dogson?). One of them is quite large, but he has steadily been developing smaller ones. The vet did a cytology (is that the correct way to say that?), and we should have the results at the end of the week. Jack is only 6.5, and he is so dear to all of us, especially to his master, who I am quite sure he thinks is his father. Given that Henry created the montage below, it's obvious that their affection is mutual. 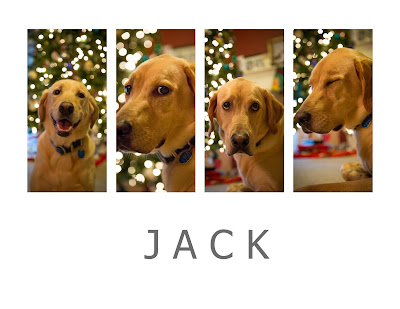 2. I have gotten two amazing review products this week. I can't wait to receive them and review them for you. There is one more that I am praying hard that we get that I will find out about tomorrow, but I have already been so blessed. In the next couple of weeks we will begin using Logic of English's Essentials program with Michael (who, because of his dysgraphia, struggles with spelling and writing, despite reading waaaay above grade level) and Memoria Press's Literature program with all three of my younger kids. Officially it will be Nicholas' program, but I have already ordered a second student book for Michael so that he can do The Hobbit along with Nicholas (since Michael has read it multiple times and Nicholas hasn't read it once), and Mary-Catherine will be doing Anne of Green Gables from the same 7th Grade Literature program from Memoria Press. I am so excited about the upcoming weeks!

3. I have always been a vivid dreamer (and 90% of my dreams have always been nightmares), but the past week my dreams have been especially memorable. Henry said that I have been talking in my sleep (nothing new), and I am remembering my dreams. I wish I didn't. Last night I dreamed that someone I know called me and told me something that made me think (in my dream), "You need to address that when you wake up, Laura." I then continued on with the dream. Crazy.

4. I spent the last week sick for the second time in less than a month. Now I have that annoying cough that announces to people that you're sick, even when you're not really sick. Not cool. And I'm, yes, behind in work. Again. Always. On the plus side, every time my boss emails me, his emails start with, "I love the work you've been doing..." Can't ask for much more than that.

5. I really need to do an updated "Podcasts I Listen To" post. I have almost 200 in my feed now, which is a tad excessive. There are so many good ones, though, and I feel strongly that everyone needs to know about them! For starters, if you (like me) loved Paul Harvey's "The Rest of the Story" when it was on the radio, I have such wonderful news. He's a podcast! Search for it on your podcast catcher, or find it here.

So, in spite of all of my carping (see two posts ago), the first debate tournament of the season was a great success. I worked ballot distribution and actually had a great time. My approach was rather unorthodox (encouraging alumni to take their siblings' ballots, etc.), but I'd like to think everyone had fun in the process. I also met some great ladies.

As for my kids, they did so well. Flashing back to last spring, Therese could barely make it through a tournament. In the last round she debated at Conroe, she had to grip the podium in order not to fall down. She was dizzy, confused, exhausted, and in pain. We had no idea what was wrong with her. As of this tournament, we had a diagnosis and three full months of antibiotics under her belt. She made it through the tournament with flying colors. She wasn't tired or in pain. She was only dizzy when she laughed (such a weird phenomenon!). She was confused like crazy, but brain fog seems to be the primary (okay, secondary) symptom of her antibiotic. She was embarrassed about her debating ability because she is just sentient enough to realize how not smart she sounds when she is speaking. She says it's like half her brain is listening to her and is saying, "Are you kidding? Do you even know how dumb you sound right now?" Dealing with the brain fog is definitely a lesson in humility for her. It is hard to be really smart and not come across that way. Still, considering where she was 8 months ago, I think we'll all take this! Besides, she did come in 5th in the tournament -- with a 5-1 record in prelims.

An absolute ton of that credit, dare I say the majority of that credit, goes to her partner. Andrew has been spectacular with her in every respect. He has been beyond patient with her as they have prepared for the season, and he has played the role of, "Say this, respond with this, ask this," at the table during rounds. Therese understands more than she did a few months ago, but she is definitely not the debater she was a year ago. She knows it. Andrew knows it. And, yet, he has never once made her feel bad about it. Instead, he has encouraged her and supported her. Does it help that he cares about her as more than a partner? I'm sure it does. I actually don't think he'd act all that different, debate-wise, if he didn't, though, because he's just that great of a person. Someone raised that boy right.

Therese also made it to semis in Impromptu - no surprise there.

My twins did great, too. My emotional moment came when Michael - the same Michael who couldn't push his Impromptu speeches to a full minute last year, the same Michael who has never won anything in speech but always rejoices with Mary-Catherine when she wins - won 1st in Impromptu. He also won 3rd in Duo. Mary-Catherine won 1st in Impromptu, 1st in Platforms with a speech on Irena Sendler, and 2nd in Open with her interpretation of Dork Diaries.

Now we get a full blessed month of non-tournamentedness before we have, I think, three tournaments in six weeks or something like that. I'm trying not to think about it! Because, as we all know, tournament time is a wibbly-wobbly-timey-wimey thing.
By Laura Delgado at January 19, 2016 No comments: 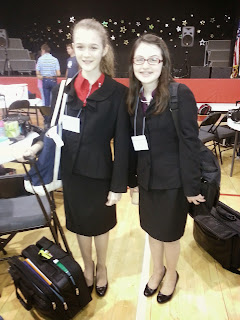 How to Prepare for a Debate Tournament - the Introverted Adult's Perspective 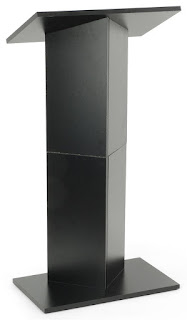 1. Begin dreading the start of debate season as soon as the previous season ends. Seriously, take one day to relish the end of the season and then begin realizing that in 8 months it will all begin again.

3. Mentally run through every possible interaction that could occur over the course of the tournament. Brace yourself for the reality that you will have to be "on" for literally days on end. Your public face may very well crack and fall off. Actually, that might be kind of fun. Indulge in this fantasy for awhile.

5. Worry about what will happen if you get the kind of migraine where you absolutely can't function. This is a very real worry. There is no solution. In theory, this should mean that you don't worry about it, as worrying will have no effect. Ha!

6. Begin counting down the weeks, days, and hours until the tournament begins.

8. Console yourself with the incontrovertible fact that the minute you officially start this season, you are one step closer to finishing it.

9. Acknowledge that #8 is no way to live your life. That you should embrace every experience and relish every moment.

10. Grant #9...you do! At home! By yourself or with immediate family. The rest you endure...or tolerate...for the sake of your children.

Disclaimer: the above is a true and actual representation of what goes through my mind during tournament season. Surely I'm not alone in this...having said that, I do have an advantage over others who share my personality type, in that I actually *do* love debate, so it's not as if I had to spend three days at a wrestling meet or something (although, at a wrestling meet, couldn't I just sit and knit and pretend to watch?!).
By Laura Delgado at January 10, 2016 No comments:

Just a few posts ago, I wrote about the trouble I was having with my most challenging child. I wrote about whether I didn't know if our approach was the right one. Well, yesterday I had such a victory with him that I was utterly convinced that it was God - I knew it was Henry's daily Rosary that made the difference. N had had a good Monday and had started off Tuesday pretty well. I don't remember what happened, but it made him mad. He got instantaneously belligerent. He was rude to me. He was disrespectful to me. On many days, I would have sent him straight to his room because I just wouldn't want to deal with it. Too much strife. Yesterday, however, had started off so good, and I wanted so much for it to continue, that I talked him through it. I waited for him to come around...and he did. So quickly. He morphed back again into my sweet son, the one I so enjoy being with.

Do you ever have those times when you can feel almost tangibly the presence of God? That was my moment yesterday.
By Laura Delgado at January 06, 2016 No comments: